Greetings Egyptians. I am Rehpic, son of Rehpic The Wanderer and grandson of Rehpic The Architect. As my ship approaches the mouth of the great Nile, I feel as though I am returning, though I have never set eyes on this great land in my short life. Egypt is the land of my forefathers, and I have felt the pull of it since I was a young child. It may be in my blood, or perhaps it is just because of the stories my grandfather told me, but I feel that Egypt is my true home.

I was born in the city of Tartessos, at west end of the Great Sea, where it meets the Ocean that stretches to the edge of the earth. I spent my youth in the care of my mother and grandfather, while my father, Rehpic The Wanderer, sailed the placid waters of the western sea in pursuit of trade. My father was a was a trader, not an adventurer. He always kept his ship close to shore, and stayed away from the known pirate colonies. Whenever he was home, he would yell at grandfather for filling my head with "crazy stories" of adventures in egypt. It is ironic that it was my father's caution that finally killed him, as he was thrown from his ship when it hit a sand bar during a minor storm, because he was sailing too close to shore.

After my father's death, I continued to live with my mother and grandfather, until they both died in the recent plague. I have now taken my father's last ship, and am traveling east on the Great Sea towards Egypt. Once I have set up my new home, I hope to search for evidence that my grandfather's tales were more than just the crazy stories of an old man. I have brought with me my grandfather's vast collection of papyrus scrolls. They cover topics as varied as architecture, politics and science. My father always thought they were fakes, but I have studied them carefully for years and I believe them to be authentic.

I'm an elder in the Greater Seven Lakes Coalition(G7L), which is the 7Lakes regional metaguild. The guildhall for G7L is at 1400, -880. Membership is open to all 7Lakes residents. Current membership fee is 300 boards and 500 bricks, to be stashed in the guildhall.

My Flax Genetics page can be found at http://www.meer.net/~rehpic/FlaxGenetics.html 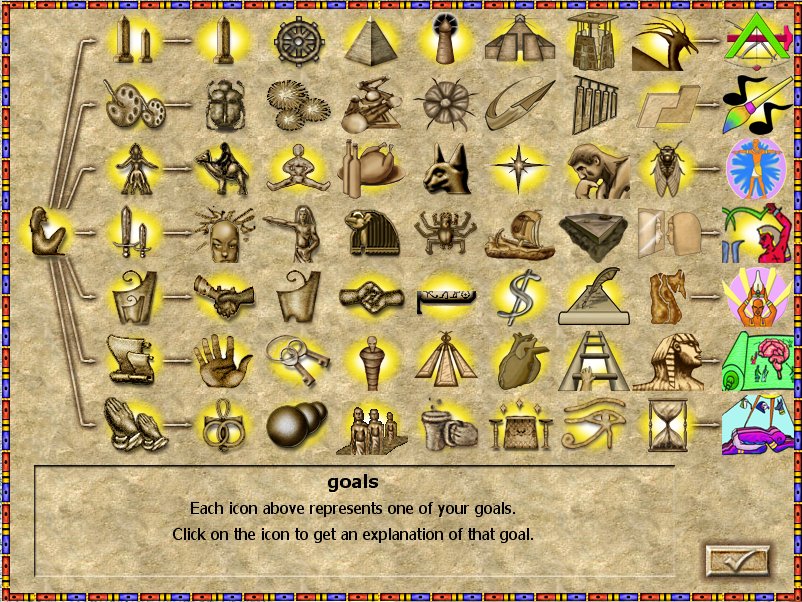